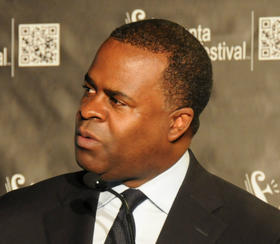 Atlanta Mayor Kasim Reed announced Wednesday a deal to sell off Underground Atlanta to a South Carolina developer. Plans include new multi-story residential buildings, but, as critics point out, no requirements for affordable housing.

During the press conference for the Underground announcement, Reed defended his record on affordable housing.

He cited two examples: Post Properties near Centennial Olympic Park and Ponce City Market in Midtown Atlanta. Post Properties received city subsidies and in exchange had to set aside roughly 40 of its 400 new apartment units for low-income housing.

Reed acknowledged, however, the Underground deal is different.

“This is not a subsidized development so the subsidies that we provide which normally trigger the affordability requirements aren’t in place here,” said Reed.

That has some concerned.

Joe Beasley, the southeastern regional director for the Rainbow Push Coalition, believes the Underground deal will benefit only people with higher incomes.

“I think it’ll be another gentrification development… pushing out poor people and black people from downtown Atlanta,” said Beasley

He says Reed isn’t being straight about his record on affordable housing. He points to high rents at Ponce City Market and other new developments across Atlanta.

“We’re talking about rents approaching $2,000 a month and poor people certainly can’t afford that so I think  if you really examine what houses have been built the record will speak for itself and the mayor is lying through his teeth,” said Beasley.

Reed’s office has yet to return WABE’s request for comment about Beasley’s charge. At the press conference, Reed did say he’s drafting legislation that is “pretty forward leaning in the affordability space.” He didn’t elaborate further.