“If a child is being served in a Head Start program but is maybe is also receiving care on the evenings or weekend through a subsidized program, currently the way that information is collected, it’s all separated and collected by different agencies in different programs,” King says. “It doesn’t really follow that child.”

King says Pennsylvania is the only state that has developed a system connecting all of a child’s data. Georgia, she says, like most states links some information. However, having so many different childcare agencies—from private schools to church programs to public institutions—can make data collection difficult. 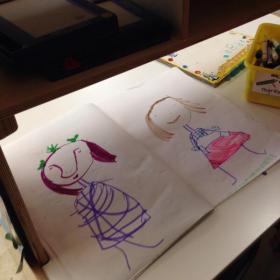 “I think what makes conversations between even state agencies, sister state agencies, difficult is that there is a great deal of concern around use of the data,” Cagle says.

Cagle says Georgia is the first state to develop a data sharing agreement with the federal Head Start preschool program.