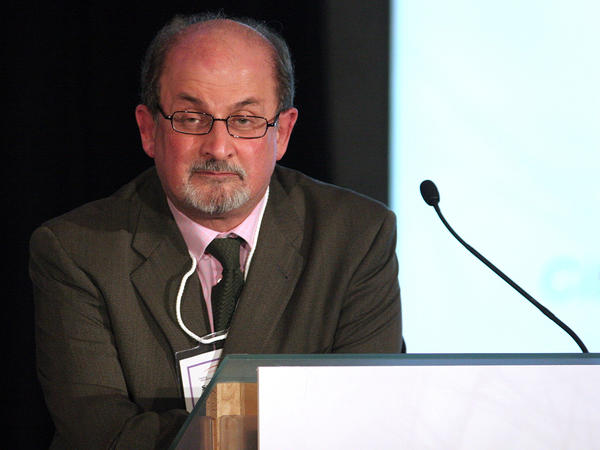 Salman Rushdie’s new novel, “Two Years Eight Months and Twenty-Eight Nights,” seems to transpose the “Arabian Nights” of long ago to modern-day New York City. A thunderstorm overturns the city and upsets the laws of the universe with myth and magic.

In a two-part interview, “City Lights” host Lois Reitzes spoke with Rushdie to preview his appearance at the Carter Center on Thursday. She asked him how his novel draws upon the past to illuminate the present.

“I like to be a writer of my time,” Rushdie said of the concept of “magical realism” that he has fashioned during his career. “It is an attempt to talk about the present.”

Rushdie’s visit was arranged by A Cappella Books and Emory University, where he served as a distinguished professor for 10 years and which houses his archive.

“I’ll be back because I’ve made so many friends all over the place,” said Rushdie, who wants to continue to have a presence with the university because of the archive.