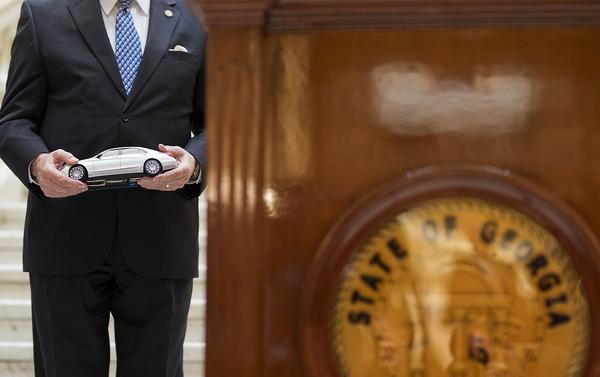 The impending arrival of Mercedes-Benz employees in July has put the spotlight back on the affluent suburb.

In his state of the city address, Mayor Rusty Paul ended on this note: “A lot of the Mercedes people are coming to Sandy Springs, but they’re looking in other places. Why? Because they can’t afford to live in Sandy Springs.”

Tom Mahaffey, president of the Sandy Springs/Perimeter Chamber of Commerce, says it’s not just Mercedes-Benz employees who have complained about the cost of living being too high; it happens with other companies too.

The average cost of a home in Sandy Springs is $476,000, Mahaffey says. That’s out-of-reach for the average teacher or firefighter. He wants developers to build homes that are in the $200,000 to $300,000 range so that medical technicians, police officers and teachers can afford to live in the city.

“The new apartments that are going up now are renting for $1,200 a month for a one bedroom,” Mahaffey says. “So these are luxury apartments. And the reason that is, is because land is so expensive here.”

Developers want a return on their investment. The City Council and Chamber of Commerce are looking at ways to offer developers economic incentives, so that developers can offer housing in Sandy Springs at a more affordable price, Mahaffey says.