An Atlanta-based civil rights organization is trying to convince BP to give some of its more than $4 billion oil spill settlement to Gulf Coast residents. 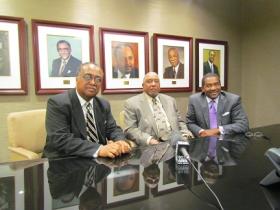 “Talk with BP and deal with the other billions of dollars that are there and how the need would fit for the underserved and the underrepresented,” said Rocker.

Rocker says the people they’ve helped include Hispanics and African-Americans. The civil rights group says helping these residents is part of its mission to assist the poor. SCLC President Charles Steele says he plans to meet with BP executives soon.

“We are well aware of the history of companies as well as countries promising and making settlements and not following through,” said Steele. “So, we’re talking about implementation.”

If its claimants win, SCLC says the money will go the residents and not the civil rights group. However, SCLC would like settlement money to support educational and health care efforts for gulf coast residents.