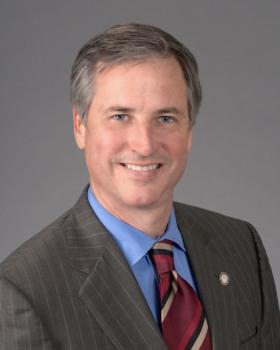 On December 19, 2013, a Fulton County jury found State Sen. Don Balfour (R-Snellville) not guilty of felony charges that he falsified his legislative expense reports.  The jury’s verdict automatically ended Balfour’s suspension from his Senate seat.  But Balfour, who once chaired the powerful Rules Committee in the Senate, had also been stripped of his leadership posts and voted out of the Republican Senate caucus.  It’s not clear whether the not guilty verdict will have any effect on those actions by his fellow Senate Republicans.

The criminal case against Balfour had been prosecuted by the office of State Attorney General Sam Olens, who is also a Republican.  After the verdict, Olens issued a statement expressing disappointment, but defending the decision to bring charges against Balfour.  Olens declined WABE’s interview request.  Balfour did not respond to interview requests, but his attorney, Ken Hodges, spoke with WABE’s Denis O’Hayer.