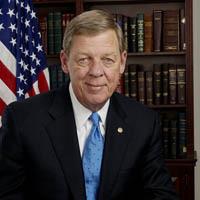 The fight in Congress over the bill to continue government spending has produced a debate among Republicans.

On Wednesday, Sept. 25, 2013 Texas Senator Ted Cruz ended a speech of more than 21 hours, in which he argued for the defunding of the Affordable Care Act, often called Obamacare.

House Republicans, meanwhile, have passed a bill which links approval of continued government spending to a defunding of Obamacare.

That bill arrived in the Senate, where a Democratic majority means it has no chance of passing in the form approved by the House.

In a conversation with WABE's Denis O'Hayer, Georgia Republican Senator Johnny Isakson said he continues to oppose Obamacare, but will not vote for a bill that would trigger a government shutdown.