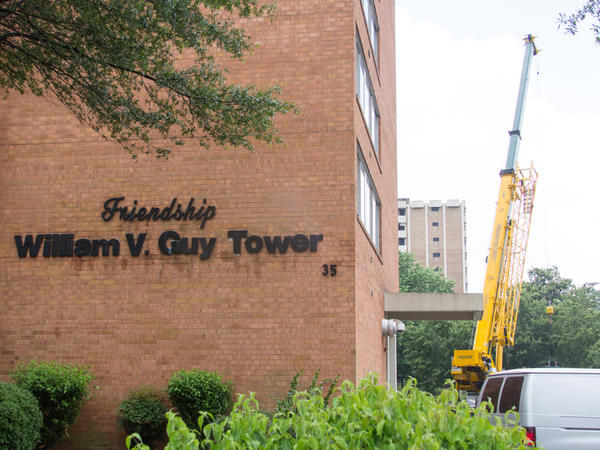 Residents in a senior high-rise near downtown Atlanta say they’re still dealing with a broken air conditioning system. Friendship Tower Apartments has been under a month-old court order to fix the situation. 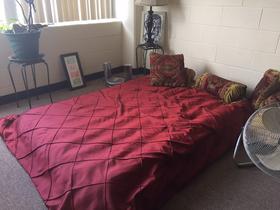 Resident Linda Brooks, who lives on the eighth floor of the building, has been sleeping on a mattress in her living room because that’s where the portable air conditioning unit is. The management gave her the unit as a temporary fix.

A judge gave the building management, including Friendship Baptist Church, until mid-August to fix the central air. The judge also ordered rent to be abated for the month of July while the landlord made the necessary changes.

But Brooks says she’s tired of having to wait for a more permanent solution. She and a group of residents first filed a lawsuit about the air conditioning issues in May.

“Especially with air conditioning for elderly people. You got people that are bedridden. I don’t know how they’re surviving. I really don’t,” Brooks said. 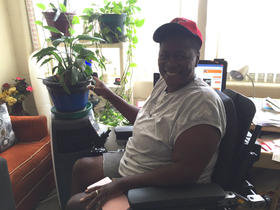 The building’s management installed a central cooling unit on top of the building last month, but she said it still hasn’t been working. Because the portable units are limited to the space immediately surrounding them, the hallways and elevators are without any air conditioning. Brooks pointed to a vent by the elevator on the second floor, and said air hasn’t been coming out.

“By the time I got out here, I was so hot I felt like fainting,” Brooks said of her journey in the building.

Sam Young, the asset manager of the building, attributed the delay is to due to the building’s age and the need for special-made parts.

“That’s like putting a brand-new engine in a raggedy car – an old car,” Young said. “It sometimes can cause other things to happen, and that’s basically what happened here.”

Young says everything should be up and running by the end of the week.