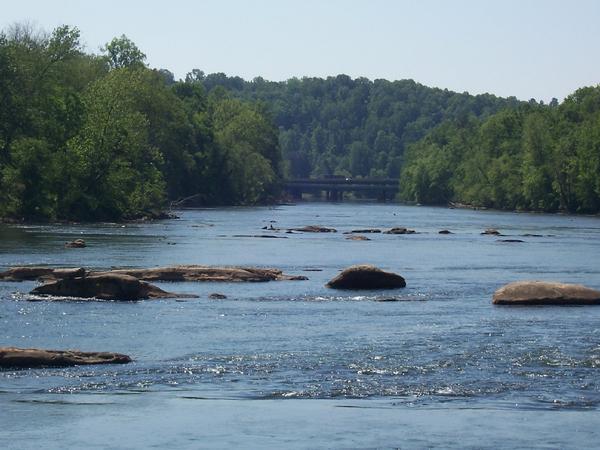 The Georgia Soil and Water Conservation Commission was created during the Dust Bowl. Now Gov. Nathan Deal has proposed to take away the agency’s independence.

Where I-285 crosses over the Chattahoochee River in Sandy Springs, there’s a pretty spot that is part of the Chattahoochee River National Recreation Area. Joggers run on a path on one side of the river. Alan Toney, standing on the other side, pointed out a muskrat. Toney is the chairman of the Fulton County Soil and Water District.

“When this park was created, this river was pristine,” he said. “There was nothing north of here. And that expressway was like probably the outer piece of Atlanta right there.”

Now metro Atlanta sprawls for miles north of here, but the river still looks good. That’s thanks, in part, to Toney’s work.

“There’s a lot of development upstream and a lot of impacts on this resource,” he said. “A lot of people don’t realize that silt is actually the most damaging thing to a water body.”

Picture a construction site on a really rainy day with red clay washing out of it. Toney’s role is to help make sure construction companies keep that from happening.

Silt can clog a river, Toney explained. It smothers plants and insects, gives bacteria a surface to latch onto, and it can lead to bigger flooding problems.

Toney doesn’t have regulatory authority. He helps inspectors check on construction sites and recommends better ways to do things. His position is elected, and it’s unpaid.

There are 40 soil and water conservation districts around Georgia.

But the commission may lose its independence.

Why Change the Budget?

In Gov. Deal’s 2016 budget proposal, the Soil and Water Conservation Commission is zeroed out.

Most of the budget and the responsibilities would move to the Department of Agriculture; some would go to the Environmental Protection Division.

Terry England, a Republican representative from Auburn, Georgia, said the move is a good fiscal decision. He’s the chairman of the House Appropriations Committee, and he also served as a Soil and Water district supervisor before being elected to the House.

So it makes sense to roll it into a bigger entity and save on administrative costs, he said, because “you’ve got individuals at the Department of Ag. that are already doing those functions.” 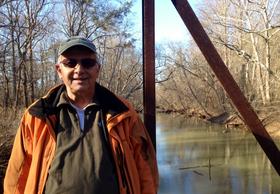 England said the money saved could go back to programming, for “boots on the ground” work, instead of paying an extra person to do payroll.

That’s not how environmental groups see it.

“This is really a needless shrinking of an agency that actually performs fairly well and certainly at a low cost,” Neill Herring, a lobbyist for the Sierra Club in Georgia, said.

Herring, Toney and others think the reason this is happening is over a dispute.

Soil and Water was updating its manual for controlling construction runoff. In that process, the agency tested the tools that keep runoff out of rivers and creeks. And, according to Herring, some of the manufacturers of the tools that didn’t make the cut were unhappy with the results. And they complained to their legislators.

“If there’s a problem with the testing, then redo the testing,” but don’t take away the agency’s independence, Herring said.

The testing is an issue, England said, but it’s not what the budget move is about.

The governor’s budget office referred me to Republican Rep. David Knight when I asked them for the reason for the change. Knight didn’t return emails or phone calls and declined an in-person request for an interview, made by another WABE reporter.

The move was suggested in last year’s legislative session, too. That time, it made it through the House, but the Senate stopped it.

Herring said he doesn’t think the other two agencies, both juggling other priorities, will maintain Soil and Water’s mission. And he’s concerned about the 357 dams the agency manages. The Environmental Protection Division, already stretched thin, would take those over.

Toney, in Fulton County, said he’s especially worried about the Department of Agriculture keeping up an interest in urban runoff.

“We’re very concerned we’ll not be able to continue doing what we’re doing,” he said. “And it’s already the smallest agency, and by far the best bang for the buck.”

The House is considering the governor’s budget, then it goes to the Senate.