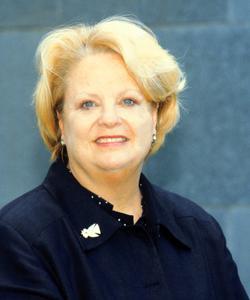 A state representative wants to change the way child deaths are reviewed and has pre-filed a bill for the upcoming legislative session.As heard on the radio

State Rep. Mary Margaret Oliver’s bill would change oversight of the Child Fatality Review board from the Office of the Child Advocate to the Department of Public Health.

“I think there seems to be a growing consensus that the Office of Child Advocate is too small an agency or doesn’t have the professionalism of epidemiology and resources around it to best carry out this function,” The Decatur lawmaker said.

Oliver said the Public Health Department is better suited because it has more federal revenue and better access to healthcare databases. She said the move would lead to better sharing of trends and medical analysis that could help predict and prevent future child deaths.

Oliver questioned whether the Office of the Child Advocate is even necessary – a topic she hopes will be debated when lawmakers reconvene in January.

“I don’t believe it’s operating as well as it can right now – as well as it needs to. And in this day and time – in this budget time – if you’re an agency, if you’re a government function, you have to prove your value,” Oliver said.

Calls to the Office of the Child Advocate were not returned.