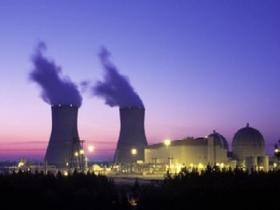 Georgia Power and state regulators have reached a tentative deal to temporarily waive an extra $700 million in cost overruns for the Plant Vogtle nuclear expansion project near Augusta.

“It punts it, I understand that. But the review by the commission will be the same whether it’s now, next year, or the year after,” said Wise.

Earlier this year, Georgia Power filed a request with the PSC asking to charge its customers an extra $737 million for the two new reactors under construction.

But last week, after some state officials including the governor expressed concern about that scenario, Georgia Power said it would take the request off the table for now.

Company spokesman John Kraft said it was less about political pressure, and more about not having a full grasp of the extra costs.

“The exact cost and the scheduling impact are not known yet,” said Kraft. “Many of the issues presented may be subject to claims by the contractors or pending litigation and because these may span multiple reporting periods this seemed like the best way to go.”

Georgia Power, which manages the project, and its contractors are tied up in multiple lawsuits over licensing delays, supply chain problems, and quality control issues.

With an original price tag of $14 billion and an initial completion date of April 2016, the project is now at least 18 months behind schedule and a billion dollars over budget.

Wise says the commission remains focused on getting the project on track.

“Everyone I talk to is still concerned about these cost overruns and it concerns me, I’m aware of it and that that’s one of the reasons that I’ve asked the questions, ‘Is this trend of delay and cost increases going to stop?’”

Sara Barczak of the Southern Alliance for Clean Energy is skeptical the cost issues are close to being resolved.

“The Public Service Commission has to wake up,” said Barczak. “It looks like Georgia Power is going to be able to kick the can down the road and potentially not address some of these issues until Vogtle 3 – the first of the new two reactors – is finished and that’s too long for consumers to know how much they’re going to be on the hook.”