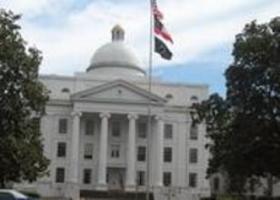 Under an agreement with the federal government, Georgia has to move everyone with developmental disabilities out of state hospitals and into community settings by July 2015.Broadcast Version

However, the state has stopped making those transfers for the second time since it began the transition program. This time, two people transferred from the state hospital in Thomasville died not long after moving into community settings.

“We have suspended transitions right now until we get a better understanding of what it’s going to take in the community to be able to serve the individuals,” said Frank Berry, Commissioner of the Georgia Department of Behavioral Health and Developmental Disabilities.

Berry will not disclose exactly how the patients died, but he says they both had complex medical issues.

Georgia is one of several states moving the developmentally disabled into community housing following a U.S. Supreme Court ruling. According to Berry, “We’re not much different than many other states who have done this. But again, many other states don’t have the geographical size and are not experiencing some of the significant shortages in the medical field that we’re experiencing.”

The state has already moved more than 400 people into community settings, but it has some 300 still awaiting transfer with the deadline just over a year away.