President Donald Trump’s election energized many Georgians to get politically involved and contact elected officials. Since Trump’s inauguration, Democrats and people already frustrated with the new president are publicly ramping up their efforts to the point they’ve clogged phone lines in Washington and swarmed routine meetings with congressional staff.

At the state level, there’s new interest from Georgians who want to influence their representatives.

“People are much more fired up than they were before,” says Stefan Turkheimer, who works with Democratic Sen. Elena Parent from DeKalb County.

Current staffers working in the Georgia Legislature agree that contacting and influencing state lawmakers should be approached much differently than reaching out to members of Congress.

“There’s a big difference between Washington, where they’re getting 3,000 calls for and against [an issue],” Turkheimer says. “You can affect legislation at the local level in a way that you can’t at the national level.” 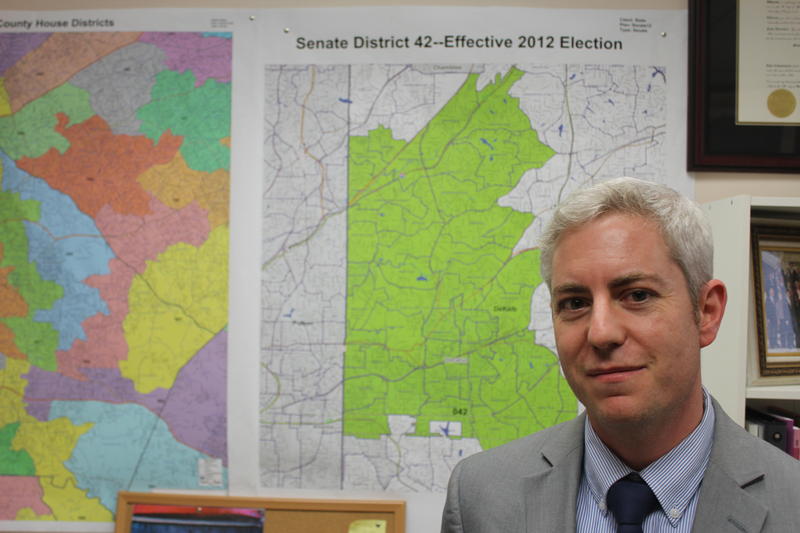 Tom Krause, a staffer for Republican Senate Majority Leader Bill Cowsert of Athens, says there’s a theory at the capitol: one or two emails or calls perks up the ears of a lawmaker, a dozen contacts and they know something must be up, but 20 or 30 and “you know it’s a crisis situation and something that’s going to take a lot of your time.”

But Krause says it’s not always about the numbers. Sometimes the office sees form letters from special interest groups where people just type in their name online. Those don’t mean much, says Krause, and Coswert is a lot more likely to read a constituent’s message that is personal.

“It’s very difficult to ignore someone when they’re standing in front of you. That’s how everybody down here works,” Turkheimer says.

In Georgia it’s rather easy to just show up at the capitol and request a short meeting with a lawmaker. Sometimes they’ll even leave a debate to greet constituents in the halls of the capitol, and notes can always be delivered to them.

Compared to Turkheimer, Krause is more wary of personal meetings at the capitol, because of how busy and chaotic the legislative session can become, especially as it nears its end in early Spring. He says Cowsert simply wouldn’t have time to meet one-on-one with all his constituents, but he does often meet with groups.

For Krause, timing is key. He says the office often gets messages about legislation pending the House, not the Senate.

“If it’s early in the session and someone sends an email about a House bill, it’s jumping the gun to the point where we can’t give them an answer because we haven’t seen it,” Krause says. “And by the time it does come over, assuming it does, we’re so far down the road that email that was sent is not going to be on the top of our mind.”

If you’re a Democrat living in a Republican district, or a Republican in a Democratic district, Krause and Turkheimer still recommend contacting your legislator, but then they say constituents should also contact others legislators involved in the particular issue.

The staffers agree showing up, calling or sending messages can make a difference.

“Anybody’s mind can be changed down here,” Turkheimer says. “These people consider you someone who’s either going to vote for them or against them.”

There are limits though, says Krause.

“If [Cowsert] were to get several correspondence from someone supporting a Democrat bill, he will certainly take that into consideration,” he says. “But he also has to take into consideration the tens of thousands of Republicans that got him into office, whether or not they’re as vocal.”