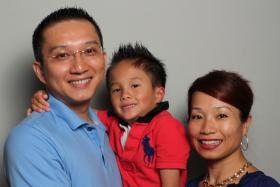 Louis Tseng had just finished his time in the Taiwanese Air Force and was eager to come to the United States to pursue his American dream in 1998. Soon after his arrival, he met his future wife, but his job search was a hard one. In the StoryCorps booth, Louis told his wife, Jacqueline Tseng, about his difficulties in finding a career.

Broadcast version of the story that originally aired on September 2nd, 2014.

This story was recorded in partnership with the Asian Pacific American Historical Society, and the Atlanta History Center, which hosts Atlanta’s StoryCorps booth.