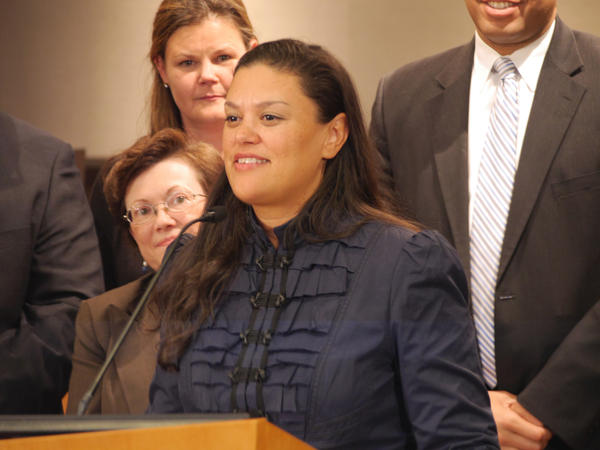 When a jury convicted 11 former Atlanta educators of a test-cheating conspiracy two months ago, some thought it was the end of a long, ugly chapter. However, recent allegations of grade-changing at some Atlanta high schools may indicate the district’s troubles aren’t over.

Atlanta Public Schools Superintendent Meria Carstarphen said Tuesday attitudes in the district need to shift if it wants to stamp out cheating.

“The culture that needs to change is the one that’s so focused on how adults that get what they want, whether it’s political, whether it’s a job,” she said. “This cannot be about what the adults need anymore.”

To help, she said, the district wants to make it easier for whistleblowers to speak up.

“[We want to] create structures where people may be able to come forward and just tell us more information before things get as far as they typically do in APS.”

That’s a critical step, said Steve Dolinger, president of the Georgia Partnership for Excellence in Education.

“You have to have that culture built that it’s just an expectation that ‘We do not do that; we don’t behave that way here,’ and then when someone does, people call them on it,” Dolinger said.

Carstarphen said APS hasn’t figured out how to create that culture yet. APS is conducting a systemwide grade-changing investigation. Carstarphen says it will be finished this month.