Some Georgians shopping for health insurance on the federally-run exchange are learning they actually qualify for Medicaid, the joint federal/state program for those in the lowest income brackets. 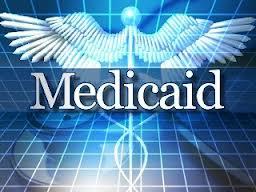 While that’s generally considered a positive effect of President Obama’s signature healthcare law, a technical issue at the federal level is putting Georgia and other states in a bind.

Think of the whole federal exchange infrastructure as a really long meeting room table.  On one side sits the federal government, who is busy taking in an influx of of new insurance applications.  Sometimes the feds determine, ‘Hey, this person is actually eligible for Medicaid.’”

In theory, the feds should stuff all the information it just collected into a manila file folder and slide it across the table to where states–like Georgia–sit.  That’s because it’s up to states to finalize Medicaid decisions, process applications and administer Medicaid benefits.

Until it can, Washington is asking states to process a so-called “flat file” with just basic information.  States would later need to go back and reconcile the data once the system works right.

In an email to WABE, State Department of Community Health spokeswoman Pam Keene says Georgia’s systems aren’t designed to accept a flat file.  The work-around, she writes, is administratively inefficient and increases the risk for duplication.”

She also says it leaves the “accuracy and completeness” of applications in question.  So someone could receive benefits, only later to have them revoked.

How many people are we talking about?  Keene says the state doesn’t have “complete information” to answer the question.

Expanded healthcare policy on 90.1 comes through a partnership between NPR, Kaiser Health News and WABE.