A recent cyber attack on Nationwide Insurance’s computer network could affect thousands of Georgians. According to Georgia Insurance Commissioner Ralph Hudgens, more than 28,000 Georgia policy holders and applicants may have had their personal information stolen in the attack. 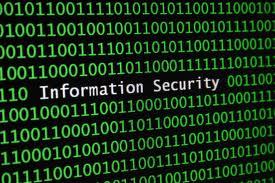 “The blame is on the unscrupulous people that would hack into a database and steal this information, and I think Nationwide is doing the right thing.”

The company is notifying affected customers and plans to offer them a year of free credit monitoring and identify theft protection. Joe Case is a spokesman for Nationwide.

“Nationwide is currently working with law enforcement to investigate the attack. At this time, the breech has been contained and Nationwide is not aware of any misuse of personal information at this time.”

Both Nationwide and the Georgia Insurance Commissioner’s office say affected customers can contact them with any questions or concerns.