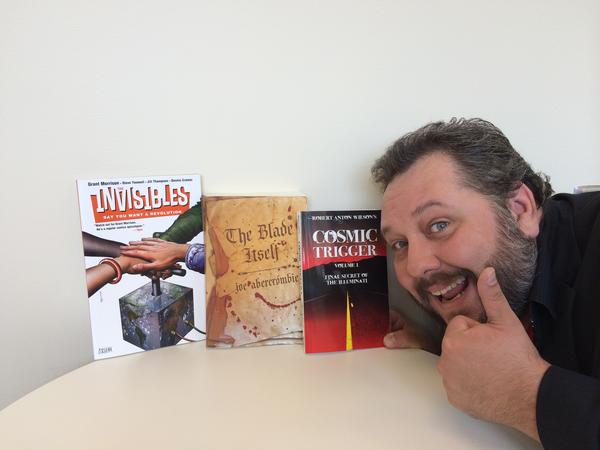 Actor, improv veteran and writer Bernard Clark is best known in Atlanta literary circles as a storyteller. He’s one of the hosts and co-founders of “Naked City,” a monthly reading event known both for its raw spontaneity and for the fact that, if you go, there’s more than a good chance you’ll get candy thrown at you.

Kate Sweeney recently spoke to Clark about three books he loves. She began, though, by asking him about what it’s like to tell stories for a living – since Clark has built a career narrating audiobooks.

Kate began by asking him how that job influences the books he chooses to read for fun.