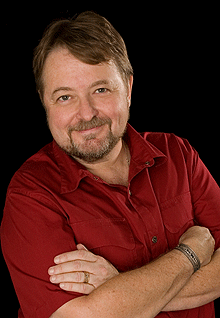 Who knew? Novelist, essayist and poet Luis Alberto Urrea is probably a nature writer at heart. At least, that’s what he tells us in this installment of Page-Turners, in which we also see his penchant for a bit of magical realism. In addition, he tells us a great story about the one Stephen King novel that both he, and his son, couldn’t put down—and why.

Luis Alberto Urrea has two Atlanta appearances on Wednesday, September 17. He’ll be at the Atlanta Fulton Public Library in Roswell at 2:00 pm, and at the Atlanta History Center giving the Big Read Keynote lecture at 7:00 pm.