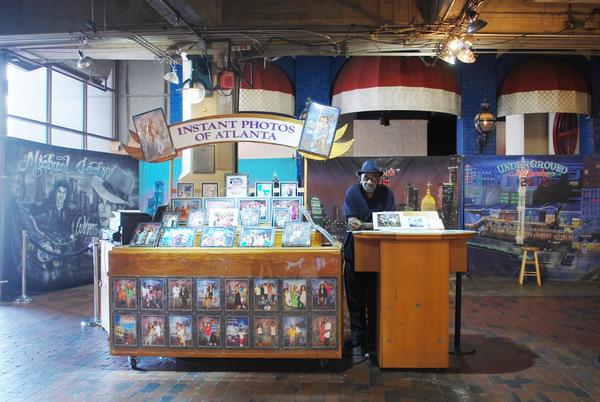 Listen to this Atlanta Sounds story.

If you haven’t shopped at Underground Atlanta lately, you’re not alone. The indoor mall has steadily declined over the years. And now the city, after struggling for years to revitalize it, is selling it off to a developer.

But that’s not to say all businesses in the subterranean shopping center have given up. One vendor named Jibril ​(That really is the name he goes by; we asked him three times.) still regularly operates the photo booth he started there 15 years ago.

In this Atlanta Sounds story, he remembers the mall’s early days as a major tourist attraction and explains why he’s really appreciated his time underground.

“I have repeats of people coming back to the city saying I took a picture here 10-15 years ago on this background, on that background,” Jibril says. “I can say that I did something to make tourists feel good about the city of Atlanta.”

Have an idea for Atlanta Sounds? Let us know here.