Georgia Public Service Commissioner Tim Echols says he has doubts about whether Georgia Power can complete the second new reactor at Plant Vogtle by the deadline.

The construction delays and cost overruns at Georgia’s Plant Vogtle nuclear power facility were the subject of a hearing this week by the Georgia Public Service Commission. 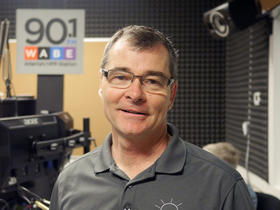 Georgia Power co-owns the plant, which is located near the Georgia-South Carolina border. The company promised at the hearing that the two new reactors at the facility – the first ones built in the U.S in the past three decades – will be online by 2020.

But Public Service Commissioner Tim Echols said during an interview on “A Closer Look” that he doesn’t believe Georgia Power can keep that promise.

“It’s out of their control.”

Echols faulted the construction company for the delays and said there is no way for Georgia Power to know beyond a shadow of a doubt that the reactors will be ready by the projected deadline.

“I do think we’re making enormous progress,” he said. Echols also said, despite the delays, he has no doubt that building the two new units is the right thing to do.

EnergyWire reporter Kristi Swartz toured Plant Vogtle this week, her second tour of the facility in the past two years.

Swartz said during an interview on “A Closer Look” that there has been tremendous progress in construction of reactor units 3 and 4 at the site.

“I was seeing a lot more construction workers.”

Swartz described the scope of the project at Plant Vogtle this way:

“There’s a lot of construction in Atlanta and it’s a lot larger than that.”

Georgia Power estimates an expected two million new residents in Georgia by 2025 and projects an increase in electrical demand in the Southeast of 21 percent by 2030.