Scroll down to see the results.

The poll of 400 likely Democratic voters gave Clinton a two-to-one advantage over her rival, Vermont Sen. Bernie Sanders. Clinton has won the support of 61.5 percent of likely voters ahead of Tuesday’s primary while Sanders came in at just 29.3 percent. As she has in other states, Clinton scores extremely well among black voters, who support her 70.5 percent to Sanders 17.5 percent. But the most surprising result of the poll is the finding that Sanders does not even win among what are traditionally his strongest supporters – young voters and very liberal voters. The two candidates tied at 44 percent each among 18-29-year-old voters. Clinton leads Sanders 60.9 percent to 31.8 percent among voters who describe themselves as “very liberal.”

Today’s poll follows the release of WABE 90.1’s Georgia Primary Poll of the Republican race on Thursday, which showed businessman Donald Trump with a commanding lead in the state. Georgia voters head to the polls in four days as part of the Super Tuesday “SEC Primary,” which many expect to produce a string of important victories for Trump and Clinton.

“It is very rare for Georgia to be playing such a large role in determining the nominees of the two major parties,” said WABE News Director John Haas. “As the leading news radio voice in Atlanta, we wanted to see what voters were thinking and how engaged they are in this important choice.” 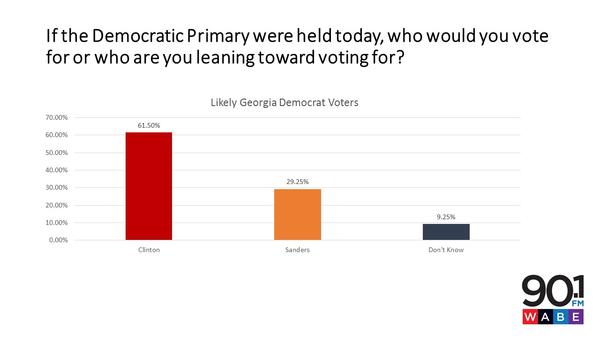 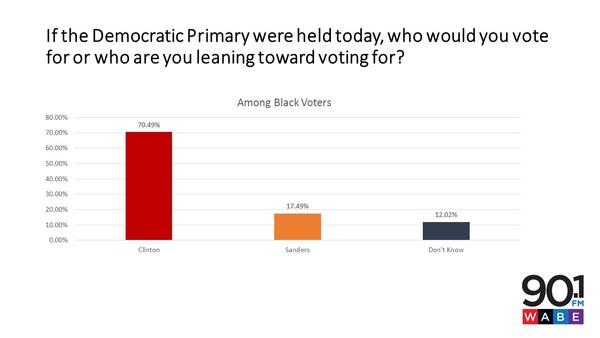 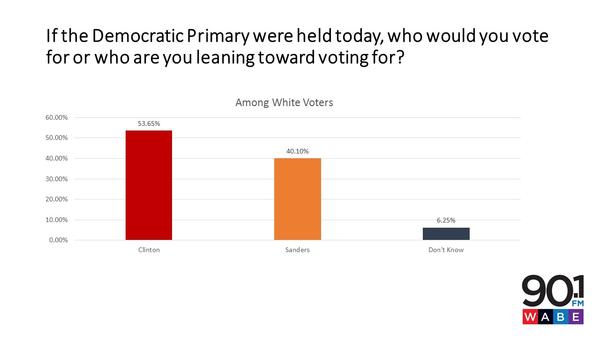 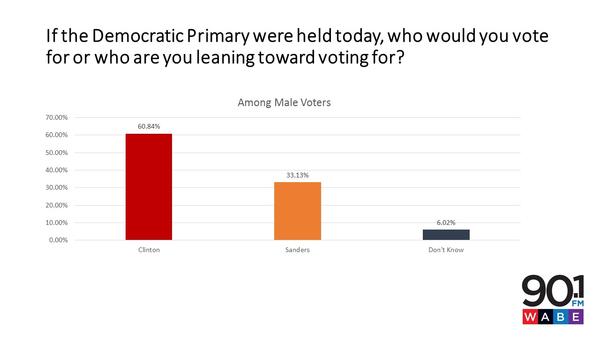 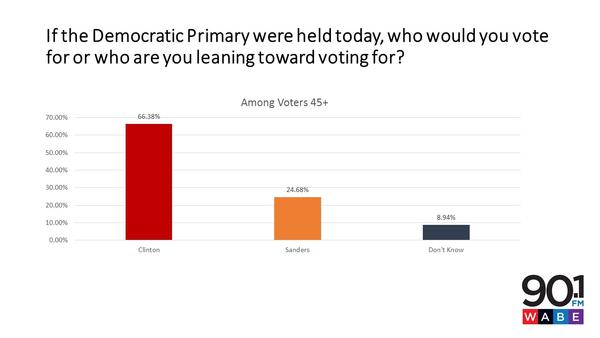 Methodology:   The WABE 90.1 Georgia Primary Poll surveyed 400 likely voters who indicated they plan to vote in the Democratic Primary on March 1. It has a margin of error of +-4.1% with 90% confidence. The survey was conducted from Feb. 22-24 via internet polling by ResearchNow. A likely voter screen including voting history, desire to vote and knowledge of local polling stations was employed. The demographic makeup of those participating in the poll is: 58.5% female, 41.5% male; 48.0% White, 45.75% Black, 6.25% Hispanic/Other; 53.25% Metro Atlanta, 46.75% Rest of Georgia.