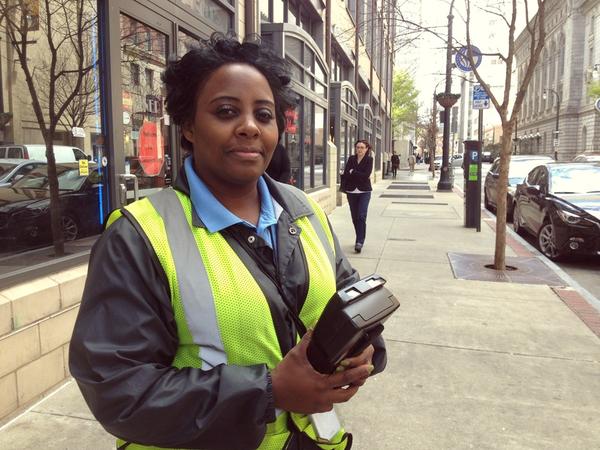 Atlanta has had a sometimes contentious relationship with its parking enforcement agency, PARKAtlanta.

When the private company took over enforcement in Atlanta six years ago, many drivers complained of aggressive ticketing. And at one point, an Atlanta City Council member called on the city to cancel the contract.

While the city eventually restructured its deal with the agency to address the complaints, today you’ll still see the occasional bumper sticker that reads, “Nobody Likes PARKAtlanta.”

This all got us wondering: what it’s like to be the people writing those tickets — the parking enforcement officers, or meter maids, as they’re sometimes called?

To find out, WABE’s Stephannie Stokes joined a PARKAtlanta officer on one of her rounds downtown.