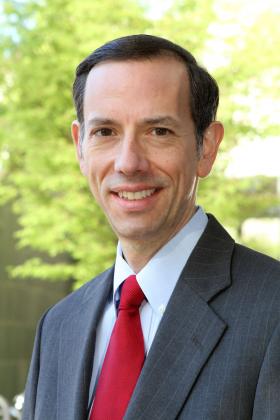 This week, the U.S. Supreme Court will hear two same-sex marriage cases that could become legal landmarks–or not.

Georgia, which passed a constitutional ban on gay marriage in 2004, will be closely watching, especially when the Court hears the challenge to California’s Proposition 8, which says that state will not recognize same-sex marriages.

If the Court throws out Proposition 8, will that also mean the end of Georgia’s gay marriage amendment?  Broadcast VersionExpanded Version

As often happens in legal cases, the answer is, “It depends;” at least that’s according to Robert Schapiro, the Dean of the Emory University School of Law, and Asa Griggs Candler Professor of Law.  He spoke with WABE’s Denis O’Hayer.