Two top officials with the Georgia Department of Agriculture recently resigned in connection with a drunken party that occurred during a department retreat at Lake Blackshear and damage to a state vehicle. Both former Food Safety Division Director Oscar Garrison and Chief Operating Officer Billy Skaggs were in charge of food safety in the state. So what do the resignations mean for the state’s food supply?

“I think the food is going to be safe.” 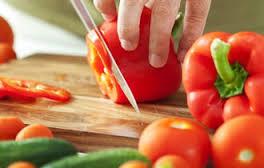 Wilkinson chairs the Senate’s committee on Agriculture and Consumer Affairs. But in the long-term he says it will depend on who fills the shoes of former Food Safety Division Director Oscar Garrison. Mark Norton is Acting Food Safety Division Director.  Wilkinson is confident Georgia Agriculture Commissioner Gary Black will find an appropriate permanent replacement. But he says it won’t be easy.

“Oscar Garrison was recognized around the country as an expert in that field of food safety, and I don’t think we can lose with those qualifications without it making a difference in your department…I would say it will be a challenge.”

The head of the state’s largest certified organic farm says the recent resignations are not affecting his operation. Will Harris owns White Oak Pastures in South Georgia. He says both a poultry and a red meat plant on his farm are staffed with state agriculture inspectors on a daily basis.

“They’re very professional, they do a thorough job, and the fact that the senior people in their division are no longer there won’t affect what they do. It’s business as usual at White Oak Pastures with regard to food safety in the state department of agriculture.”

In a statement,  the Georgia Department of Agriculture says “because of the many talented individuals in our Food Safety Division….along with the strictest regulations in the nation….Georgians can be assured of the safety of the food they consume.“

According to a report released by the department, there was excessive drinking and what’s described as a fraternity like environment during a party that occurred during a department retreat in September. During the retreat, Skaggs’ state-issued vehicle was damaged and was later repaired using state funds. Skaggs reimbursed the state after resigning.