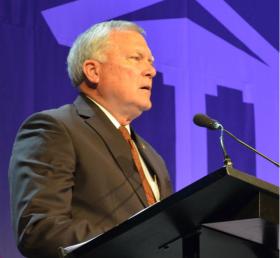 A new report shows a proposed Medicaid expansion in Georgia would cost the state considerably less than originally projected by the governor’s budget office.

Still, Governor Nathan Deal says it would cost far too much and remains opposed to the plan.

Released in part by the Kaiser Family Foundation, the report estimates the state cost of the expansion would be $2.5 billion over ten years. That’s two billion less than the state’s current projections.

Additionally, if the state expands, the reports shows Georgia taxpayers and hospitals would save more than $700 million in uncompensated care costs – basically the amount paid out to help care for the uninsured.

“We are having a difficult time meeting our obligations for Medicaid as it is,” said Deal. “I do not foresee a situation in which the state would have another two, three, or four billion dollars over the next ten years to dedicate to that purpose.”

Medicaid is the joint federal-state health program for the poor.

The expansion, which became optional this summer, is a key element of President Obama’s health reform law. In Georgia, it would extend health coverage to at least half a million people.

The federal government has promised to cover the full cost of the expansion for the first three years, and about 90 percent thereafter.

Health policy analyst Tim Sweeney of the Georgia Budget and Policy Institute said the expansion is a major opportunity for the state.

“If you look at in context, it’s about a one or two percent increase in total state spending which is definitely affordable in the long run considering the dramatic benefits we get from it,” said Sweeney.