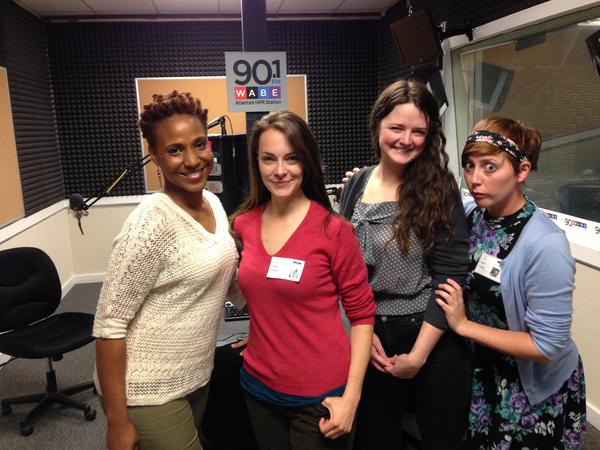 Broadcast version of this interview

What do you get when you have four comedians in a recording studio? Far too much.

Between jokes about oatmeal and cat ladies, four local comedic talents came into WABE’s studio to talk about Atlanta’s comedy scene and what it means for female comedians.

The comedians represent four of the main improv theaters in Atlanta.

“Hot Bit,” which you can hear at the beginning and end of the interview, was written and sung by Tara Ochs and Sara Gaare along with Whole World Theatre’s Tammy Harper and Lauren Goins.Extended version of this interview