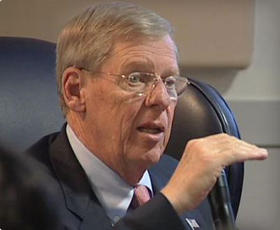 Under the outline, House Republicans would push for tighter border security first, followed by reforms to the immigration system second.

“They’ve done the right thing to bifurcate the decision into two things: security first and legalization second,” Isakson said. “I think if they get the security done, all things are open. But if they don’t the security piece done, it’s going to be very difficult to pass.”

Unlike a bipartisan bill that passed the Senate last June, the House GOP outline would not provide a pathway to citizenship for all of the estimated 11 million undocumented immigrants living in the US, only legal residency. It would, however, provide a pathway for those brought to the country as children.

House Republicans said they would not take up last year’s Senate Bill.

Isakson voted against that bill.