Millions of people are expected to travel to see the total solar eclipse later this month. The moon will block the sun, casting a shadow that will travel across the United States, from Oregon to South Carolina.

In most of Georgia in the middle of the afternoon on Monday, Aug. 21, the sun will look like a crescent.

The total eclipse, where the sun is completely blacked out, will only be visible in the far northeast corner of the state, including in the mountain town of Blairsville, which is preparing for the event.

Kathy Domsic owns Blairsville Antiques and Treasures, which is set up like a little indoor flea market. It’s on the town square, near the big, old brick courthouse.

“We’re very excited about the eclipse because it’s going to bring lots and lots of people into our lovely square,” she said, “60,000 is what I heard.”

Estimates from officials ranged from 10,000 to 40,000 visitors. It’s hard to know exactly what to expect, and it’s partially going to depend on the weather, since if it’s cloudy in Blairsville, eclipse chasers will go somewhere else. 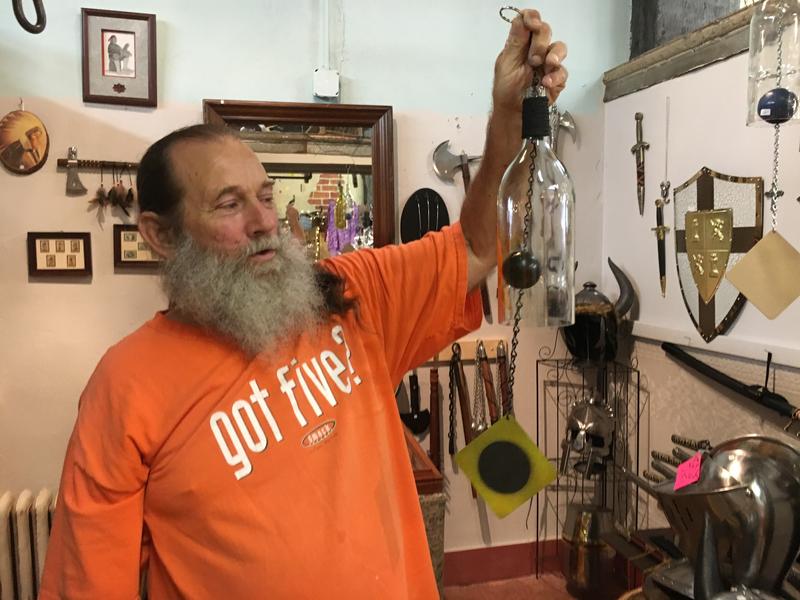 Hotels are sold out. Camping sites? Booked up.

“We are so excited that Blairsville is in the path of totality,” said Tobie Chandler, the tourism director at the Blairsville-Union County Chamber of Commerce. “It’s an opportunity for us to showcase our community.”

There are several viewing events planned in Blairsville and Union County. Neighboring Rabun County has big plans, too.

Chandler said the Chamber of Commerce started preparing last year:  Talking to businesses, thinking up eclipse-themed merchandise, planning viewing parties and encouraging locals to bear with all the tourists.

“When I did my first presentation to the community, to let them know, ‘Hey, this is coming, let’s beware,’ I did so much research,” she said.

Now, Chandler rattles off scientific facts about the eclipse. And the Chamber of Commerce sells eclipse glasses. Or, it was selling them, but temporarily ran out.

This is in a county whose entire population is around 23,000. 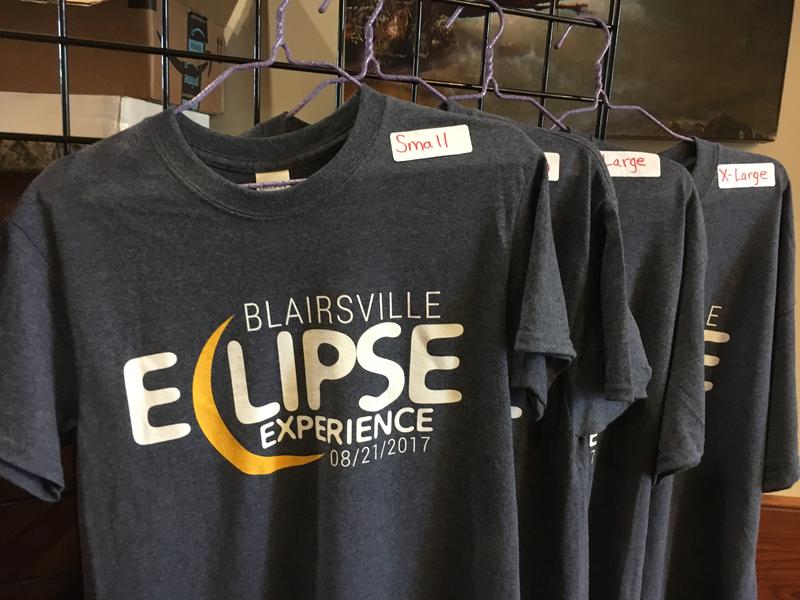 “The traffic is going to be an interesting thing,” said David Dyer, the fire chief and the director of the county emergency management authority.

He said he’s worried about gridlock on small mountain roads as thousands of people pour into the area.

“We’re worried about the heat,” he said, since many people could be planning to hike up a mountain for the eclipse or on the Appalachian Trail, which is nearby. For Dyer, that means preparing for potential injuries and dehydration.

There’s a potential for trespassing issues, too, if people decide to just pull over and get out and watch wherever they can.

Bryan Sampson owns a store called Beads, Bags and Beyond with his wife. He said he’s excited, not just for the people coming to the business, but for the eclipse.

And he’ll have a short trip to see this one. He plans to drag a chair from the porch in front of his store, to the parking lot across the street.

So he’s got a plan. Officials are putting the final touches on their eclipse preparations, since with an event this rare no one gets to do a test run.