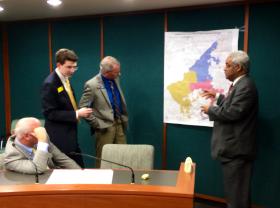 The Georgia Senate is considering a bill that would allow voters to decide whether to create a new city in south Fulton County.

“The only thing we are trying to do is give the people the opportunity to vote. We’re not, in this bill, arguing the merits for or against the city other than verifying whether it’s fiscally viable,” said Bruce.

In addition to several Democratic co-sponsors, HB 704 has the support of Republican Rep. Ed Lindsey, the former Minority Whip and current candidate for Congress.

The House already passed the bill, 163-2. It still needs approval from the Senate and governor.

While the bill is gaining traction at the Legislature, it remains unclear whether south Fulton residents would vote for cityhood if given the chance. 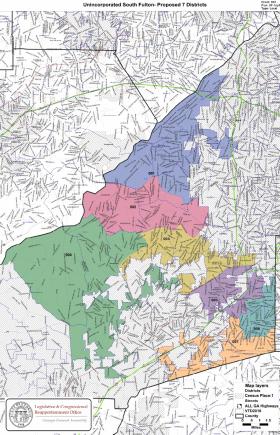 “The most important thing is the people don’t want it. The people that I serve do not want it,” said Fort.

But advocates of the bill say now is the time for cityhood.

Over the last decade, unincorporated Fulton County has shrunk dramatically with the creation of cities like Sandy Springs, Johns Creek, and Milton.

“Voters want an accountable government and people realize that we have only one county commission seat and one at-large seat and the at-large seat is being abolished,” said Sen. Donzella James, D-Atlanta. “With cityhood, we’ll be stronger than ever.”

The Senate State and Local Governmental Operations Committee is expected to vote on the bill as early as Monday.