The Atlanta VA Medical Center says it plans to expand healthcare services for women at its Fort McPherson Campus. The expansion comes as some female veterans express concerns about the types of services available to women at the Atlanta VA.

On Friday, a crowd gathered to celebrate the expansion of veterans’ services at Fort McPherson. One of the newer services is a center focusing on reproductive care, mental health and other medical services for female veterans. 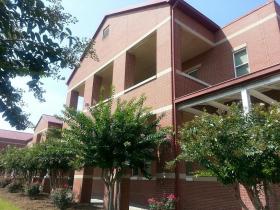 The center partners with the Morehouse School of Medicine and was originally funded by a federal grant. But now that the grant has expired, the Atlanta VA has agreed to fund the center. Charles Sepich serves as the VA’s Southeast Network Director.

“What this does is give comprehensive care that are female veterans have earned in one place, in one setting, that will give them the kind of confidence in rebuilding in our trust for that female veteran.”

Some female veterans say they’re pleased about the center, but the Atlanta VA still needs to do more. Sadie Murphy is an Army veteran.

“They don’t have enough female doctors.”

Murphy experienced sexual trauma while serving in the military during the Vietnam era. She now suffers from Post-Traumatic Stress Disorder. Murphy says there are groups to help address PTSD, but they have men in them.

“What woman really wants to really come in and open herself up, and talk about how she’s been assaulted by a male, in a group that’s really basically full of males?”

Dr. Deborah Henry heads operations for the Women’s Center of Excellence at Fort McPherson. She says the center hopes to address those concerns by hiring a fulltime integrated psychologist and expanding psychiatry services.

“We in the Women’s Center of Excellence want to provide those services that women are asking for, and that’s why the military sexual trauma, the PTSD, the mental health services have been emphasized as our expansion occurs.

VA officials say the expansion for female veterans is also needed because they’re one of the fastest growing groups in need of medical care.