Georgia’s Juvenile Justice Commissioner announced Friday he’s ordering a review by a state advisory committee after a recent federal survey.  According to survey, Georgia’s juvenile detention centers are among the worst in the U.S. for the percentage of offenders self-reporting they were sexually victimized by staff and others.

In the survey, Georgia was ranked as one of four states where the overall sexual victimization rate at juvenile detention facilities exceeded 15 percent, and the Paulding Regional Youth Detention Center topped the survey with more than 32 percent of respondents saying they’d been sexually victimized. Centers in Americus, Augusta and Eastman were also high on the list. That concerns Rob Rhodes with the Georgia Appleseed Center for Law and Justice. His organization helped push for recent legislative changes to the state’s juvenile justice system. 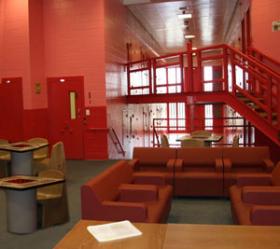 “I think when we put kids in detention and have them within the custody of the state that they ought to a minimum be entitled to physical safety, and we have an obligation to assure that. I’m confident the Department of Juvenile Justice upon receiving this will take steps to try to address those issues.”

In a statement, Georgia Juvenile Justice Commissioner Avery Niles says he’s ordering a review of the survey by the Department’s Prison Rape Elimination Act Advisory Committee. He says if the committee presents actionable findings he will assign the case to a special Internal Affairs investigator for follow up and possible prosecution. Niles says the department is “truly concerned to hear these allegations of serious misconduct…” However, he says “we are also encouraged to see residents speak up, speak out and say ‘no’ to sexual abuse whether it’s inside or outside our secure facilities.”

“We need to understand this information. We need to analyze what policies if any have changed that caused this seemingly new rate of reporting and we will need to take some action.”

“Is there a lack of supervision at certain times of the day? Are these offenses recorded at night or on the weekend?

The Decatur Democrat cosponsored recently signed legislation aimed at steering nonviolent offenders into community based programs instead of jail or prison.