On Tuesday, Atlanta residents vote on the idea to sell $250 million in bonds to fix some of the city’s ailing infrastructure. The list of projects that would get funded isn’t final yet, but the biggest project on it at this point isn’t a bridge repair or a street redesign. It’s an indoor swimming pool.

The Martin Luther King Jr. Natatorium sits empty on Boulevard, near the King Center. If you’re driving by, its big windows seem foggy, like there’s leftover humidity from when the pool was full of water.

“It’s a bit in disrepair, but still to my eye it’s a jewel.” ─ Sabir Muhammad

It closed three years ago.

Sabir Muhammad grew up swimming there and went on to swim at the Olympic trials and at international competitions.

Standing in the parking lot looking through one of the natatorium’s big windows, he said he still loves the place.

“It looks like the plaster is coming off the walls, and it’s a bit in disrepair, but still to my eye it’s a jewel,” he said. “I work less than a mile away from here, so I drive by here all the time. I always smile.”

The pool was a cornerstone for the city of Atlanta’s Dolphins, Muhammad’s swim team when he was growing up. 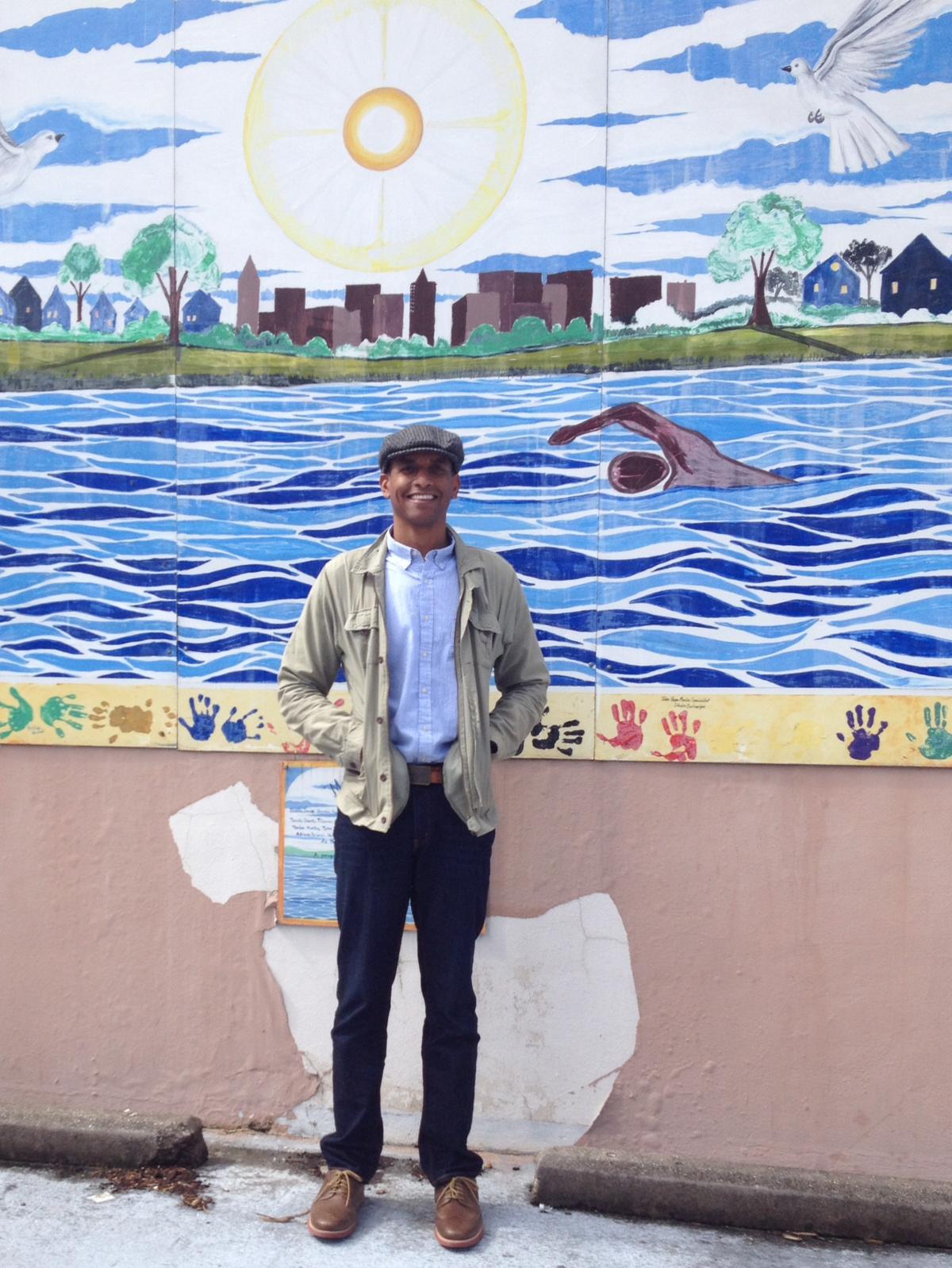 “I love what it stands for,” he said. “This pool, the city of Atlanta program, we were one of a handful of minority programs in the country.”

Atlanta opened the pool in the late 70s. But it was built on top of an old warehouse, and it wasn’t structurally sound.

Muhammad says he was devastated when it shut down.

“Because this pool was so popular,” he said. “I mean, you come any time of day, this pool would be teeming with people.”

Now the city’s talking about rebuilding it, if voters approve the bond proposal. At $17.5 million, the pool is the most expensive single item on the list of things to be fixed.

And if that gives you pause, you’re not alone. In a wildly unscientific poll, WABE’s newsroom voiced their own opinions about the proposal to restore the pool. They were split about half-and-half, either saying, “Hallelujah, the pool is coming back,” or “What is an indoor pool doing on a list of infrastructure projects?”

But this is not about building a facility just for lap swimming, Heather Alhadeff, an urban planner who used to work for the city, said.

“I think people need to realize that this isn’t just about recreation,” she said.

Projects like this are important for the overall health of the city, Alhadeff said.

Take her grandmother for example, she said, who walked to stay fit until arthritis forced her to switch to swimming.

“For grandma, it wasn’t just some luxury or something. This was actually keeping her safe, keeping her healthy, keeping her mentally happy,” she said.

The ballot has two bond questions. One is for transportation infrastructure: roads, bridges and sidewalks. That adds up to about $188 million. The other is for city facilities like fire stations, police stations and Parks and Recreation buildings, including the pool. The total for those projects is $64 million.

Nothing on the project list is final yet. But the pool is in Councilman Kwanza Hall’s district. And he said the pool is necessary. Yes, Old Fourth Ward, the neighborhood around the pool, has changed, but there are still people living way below the poverty line along Boulevard, he said.

“You’ve got folks not making a whole lot who deserve to have a place to go, just like everyone else does,” he said. “And I think that’s fair. From time to time you have to do types of spends to kind of support ensuring that everyone has equal access.” 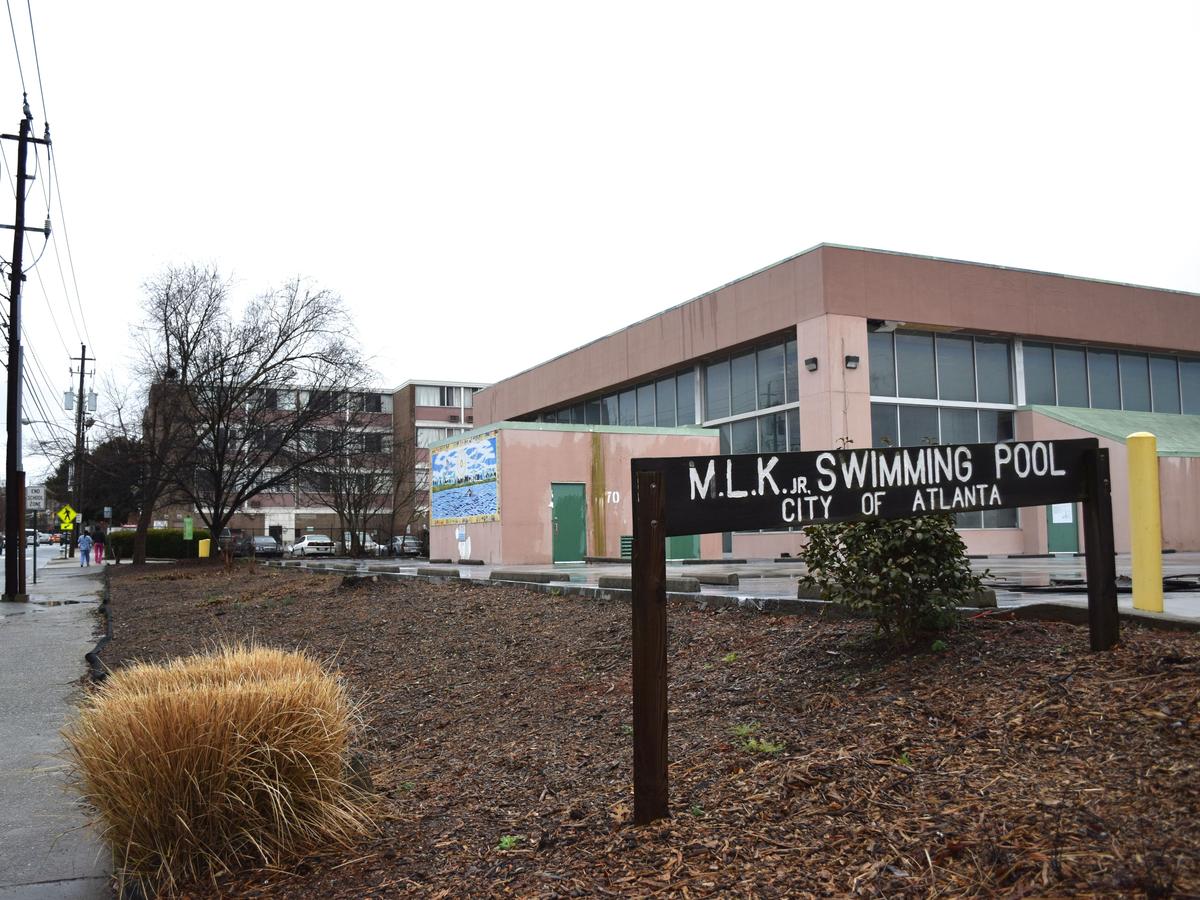 The pool is near the King Center in the Old Fourth Ward.
CREDIT ALISON GUILLORY / WABE

Hall has a personal connection, too. When he was in high school, he was a lifeguard at the pool.

“There was a time when the African-American community was not taught to swim and have been discouraged from being in aquatics,” he said.

Atlanta has other indoor pools, but none in that part of town.

And if the city does decide to rebuild the pool, Hall said it may not be at the same exact location. One possibility is to build the facility closer to the King Center MARTA station.

After the infrastructure bond vote on Tuesday, the City Council will finalize the list of projects.

This is the fourth story in our series on the upcoming bond referendum. Our previous stories explored the overall package, voter turnout and a controversial proposal for DeKalb Avenue.