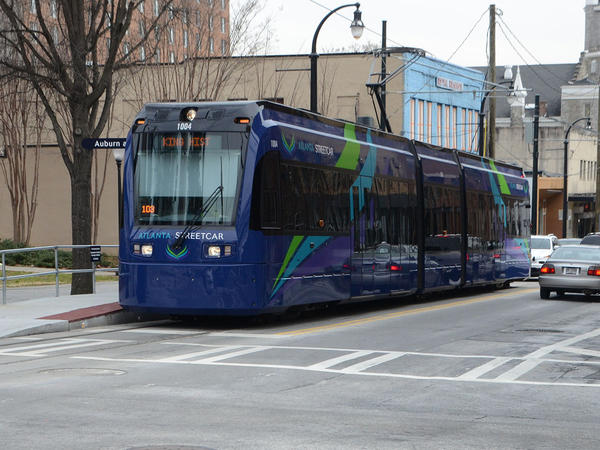 The Atlanta Streetcar has been involved in eight accidents this year.

Richard Mendoza is the commissioner of the city’s department of public works, which oversees the streetcar. During a City Council committee meeting last week, he said the number of accidents isn’t alarming compared to other cities with streetcars like Seattle.

Scheree Rawls, a spokesperson for the Atlanta Streetcar, said since testing began last October, there have been a total of 11 streetcar accidents. Of those accidents, Rawls said in nine of them a driver of another vehicle was at fault.

“We must take into account that people that are driving regular vehicles, or personal vehicles, have to get acclimated to the streetcar being on the road,” Rawls said.

In one of the accidents, a streetcar driver was arrested. According to the Atlanta Police Department, the driver was taken into custody on an unrelated traffic charge.

That accident prompted Atlanta City Council member Felicia Moore to ask why the public works department didn’t learn of the charge when it conducted background checks. Mendoza said the driver fell through the cracks.

“We just did not do that check on that particular employee, to my knowledge,” Mendoza said.