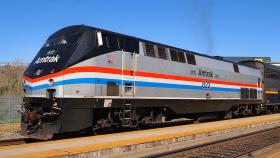 Amtrak plans to partially suspend some passenger train routes from Atlanta to other southeast states.As heard on the radio

Trains running to and from New York City and New Orleans will not operate between New Orleans and Atlanta during four weeks in January and February.

Amtrak spokesperson Christina Leeds said the routes will be down Mondays through Thursdays for track maintenance.

“The idea of this is to give passengers enough time to plan their trips. We’re still offering the service. It’s just a few days we’ll not be offering it,” Leeds said.

The maintenance days are Jan. 6-9, Jan. 20-23, Jan. 27-30 and Feb. 3-6. Service will not be provided between Atlanta; Anniston, Birmingham and Tuscaloosa in Alabama; Meridian, Laurel, Hattiesburg and Picayune in Mississippi; and Slidell and New Orleans in Louisiana on those dates.

Leeds said Friday, Saturday and Sunday service along the routes will continue as usual, but passengers may experience delays.

Norfolk Southern Railway owns the tracks and will be performing the maintenance.