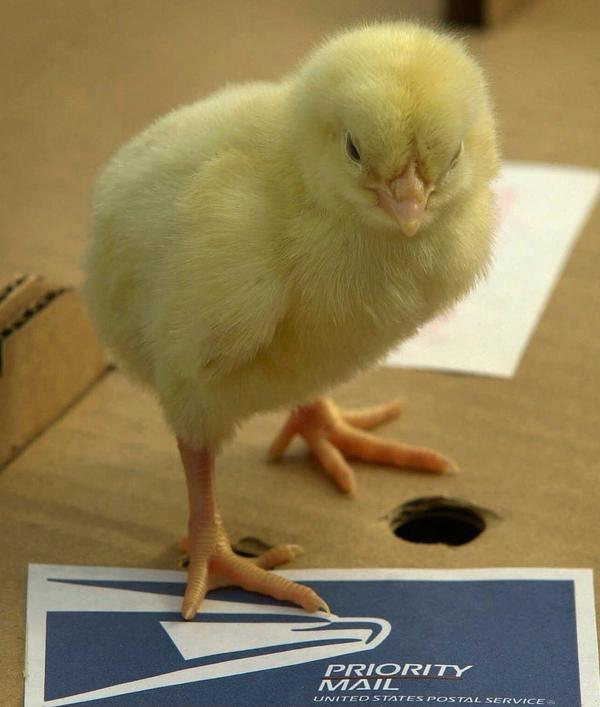 An animal shelter has rescued hundreds of chicks shipped to a Georgia post office. Hundreds of other chicks in the shipment died.

WXIA-TV reports a post office in Locust Grove contacted Noah’s Ark Animal Sanctuary when a shipment of several boxes of chicks wasn’t picked up by the intended recipient. A Noah’s Ark spokeswoman says about 1,000 chicks were in the shipment but hundreds had died. The shelter rescued about 300 chicks and ducklings. Some were dyed for Easter. It is unclear who the shipment was intended for.

The shelter is readying the chicks for adoption next month.

Millions of day-old chicks are shipped yearly through the mail to farmers and restaurants. The birds can live on nutrients from the yoke for several days, enabling them to survive transit.