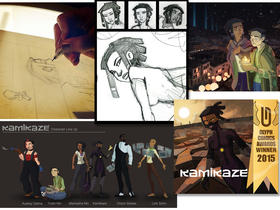 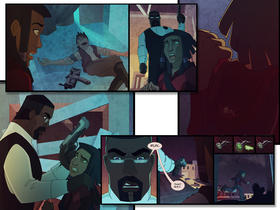 In the dystopian future, there’s not much food to eat after a pandemic destroys most plant life.

That’s the setting for a new weekly web comic series begun in July by a trio of Atlanta animators.

On “City Lights,” Carrie and Alan Tupper (a married couple) and Havana Nguyen, their associate at Kamikaze Animation, explained the story and how the series, simply named “Kamikaze,” made it to this stage.

According to Carrie Tupper, the lead character, a young African-American superhero named Markesha Nin, is constantly facing such questions as “What it’s like to be constantly on the run” and “Am I going to live or die?”

The series is updated every Wednesday, and initially developed last summer with the intent of pitching the plot for television.

For now, Nguyen said that in order to please fans who have asked for more installments, the Kamikaze team is redirecting its efforts for web consumption.

“We just wanted to release the story for free, to get it out there,” she said.