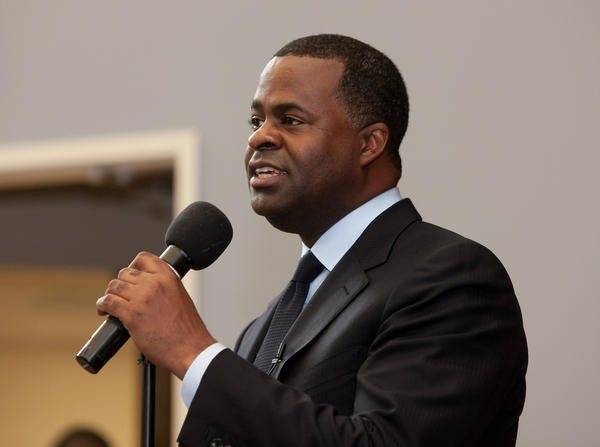 When it comes to the environment, it’s not often for Atlanta to have bragging rights.

But when it comes to the Better Buildings Challenge — a national program to promote energy efficiency — Atlanta ranks No. 1.

Atlanta has outpaced all its other competitors when it comes to cities that have pledged to reduce energy consumption by 2020. Atlanta has more property square footage signed up in the program than any other city.

Mayor Kasim Reed said when they launched the program three years ago, the city set a modest goal of 2 million square feet of property committed to reduced energy consumption.  Not only did Atlanta meet that goal – the city exceeded it 50 times over.

And more property owners are signing up every day. MARTA is one of the latest partners — joining dozens of companies and organizations that want greener buildings.

The city of Atlanta and Central Atlanta Progress have been leading the initiative. But one organization deserves special mention – Southface.

For about 35 years, the nonprofit has been urging Atlantans to not only build greener buildings but to retrofit existing buildings with more energy- and water-efficient utilities.

In fact, thanks to Southface, Atlanta and Georgia have become national leaders when it comes to LEED-certified buildings. LEED is a national organization that designates how energy-efficient buildings are.

Not only that, the Community Foundation for Greater Atlanta has partnered with Southface and the Kendeda Fund to offer grants to nonprofits seeking to make their facilities more energy efficient. Again, this has become a national model. It’s a winning program because nonprofits save in utility costs, and our community reduces its carbon footprint.

Atlanta and Georgia often get criticized for urban sprawl and not enough transit and being too dependent on electricity generated from coal.

All the more reason to celebrate when there’s good news to share — such as the Better Buildings Challenge.

As Mayor Reed said at the announcement, now we need to work just as hard to stay No. 1.