The board overseeing the Atlanta Public School system will have a new chair next year.

Jason Esteves beat Lori James in a runoff for the District 9 school board seat. Esteves captured 71 percent of the vote.

Another new board member will be Steven Lee. After receiving 59 percent of the vote last night, he’ll represent District 5.

District 6’s new board member will be Eshe Collins. With 59 percent of the vote, she beat Dell Byrd.

When the new Atlanta School Board begins next year, it will elect a new chair and hire a new Superintendent.

One note of disclosure: WABE’s broadcast license is held by the Atlanta Board of Education. 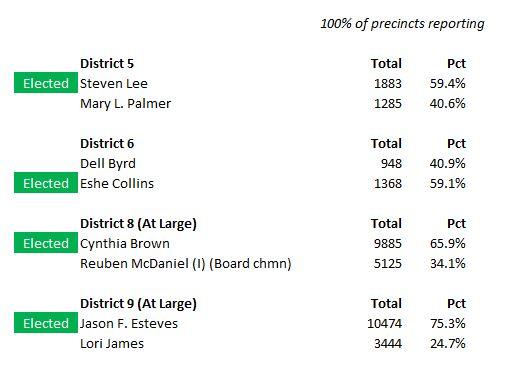