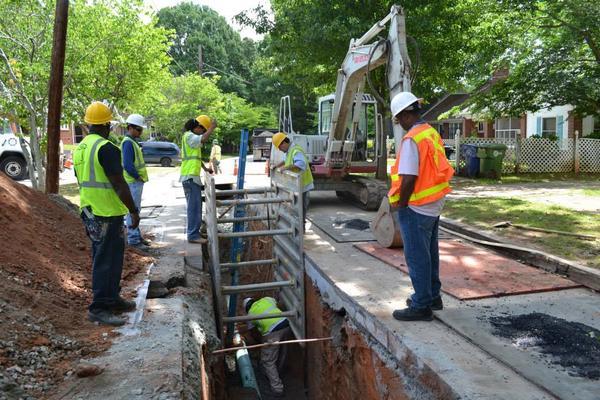 Two former employees are suing the city of Atlanta because they say they were silenced and fired after they reported safety violations.

Gwendolyn Winston and Loren Yarbrough say they were wrongfully fired because they were the ones who reported on internal corruption.

They were two of 14 employees in the City of Atlanta’s Department of Watershed Management who were fired last summer.

“There are factual allegations in regards to covering up open records requests and telling employees not to put things in writing,” Palmer said. “That sort of cover-up, it’s against the law and it’s against what good governance should be.”

Palmer said her clients reported a wide range of violations to their bosses or the city, but they were ignored or told to keep quiet.

The city of Atlanta has 21 days to respond once they receive the complaint, which was filed on Friday.

When asked for comment, a representative for the office of Mayor Kasim Reed gave WABE this statement:

“The City has reviewed the complaint filed by Gwendolyn Winston and Loren Yarborough in which Plaintiffs assert meritless claims under the state whistleblower statute.  The City will defend this matter vigorously and expects to prevail.”

You can read the full complaint here.