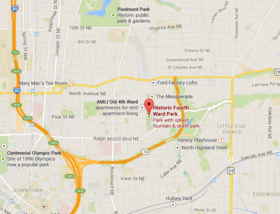 “Beautiful City” is WABE’s series about places to get away from Atlanta without leaving the city.

Today we’re off to the Old Fourth Ward neighborhood, near downtown. There, across North Avenue from Ponce City Market, is a plot of land that’s seen a lot of transformation: the Historic Fourth Ward Park.

About 100 years ago, it was part of the Ponce de Leon amusement park. By the early 2000s, it was a dumping ground.

Now, the Historic Fourth Ward Park is a park that developers call an emerald on the necklace of the Atlanta BeltLine. 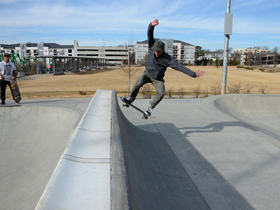 Beautiful City is made possible by a grant from The Kendeda Fund, and through a partnership with Park Pride, celebrating 25 years of more and better parks for Atlanta.