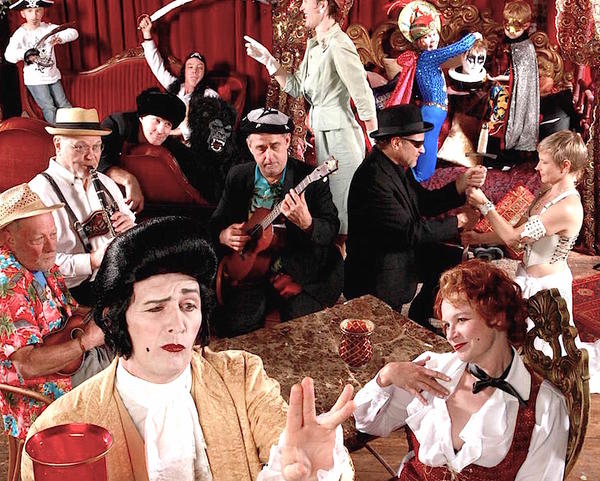 If you like Django Reinhardt, you will love Atlanta’s own Bonaventure Quartet, and you’ll be happy to learn that there are several opportunities to hear the ensemble performing live this spring in places like Inman Park, Decatur, Alpharetta and other locations around Atlanta.

While the name of this band is the Bonaventure Quartet, this musical troupe features a large and constantly shifting lineup of brilliant musicians on guitar, vocals, violin, viola, clarinet, accordion, trumpet, trombone, sax, flute and drums. It seems that Bonaventure Quartet has grown into more of a collective than a predictable cast of its four original characters.

Most of the songs that Bonaventure Quartet performs are Charles Williams’ original compositions, but Reinhardt is obviously a huge influence in the group’s music. With enthusiastic audiences, consistent gigs and sales of the group’s fourth CD, Pike says it’s clear that the hot jazz style which originated in France in the 1930s and 1940s is connecting with new audiences right now in Atlanta. During live events the crowds appear to be having as much fun as the band is having onstage.

The Bonaventure Quartet has recorded four CDs including: “Blue Rendezvous,” “Songs from Trattoria La Cellina,” ─ which was captured live at Eddie’s Attic ─  “The Secret Seduction of the Grand Pompadour,” and their most recent “Lost and Found at the Clermont Lounge.”

All of the previous recordings were interesting collections of songs that made sense when grouped together, but “Lost and Found at the Clermont Lounge” is unique.

It’s a concept album with a strong narrative theme intended to serve as a score for musical theater in the future. The poetic script, penned by Williams and his wife, Lynne Dale, features a struggling artist as the central character who ends up dancing to make ends meet at Atlanta’s famed strip club, the Clermont Lounge.

To hear tunes from “Lost and Found at the Clermont Lounge,” some original Reinhardt melodies, and other delightful gypsy jazz tunes, you can find the Bonaventure Quartet at the Inman Park Festival, Saturday, April 25 at 3 p.m., or the Decatur Arts Festival, during Memorial Day weekend on Saturday, May 24 at 2 p.m.

For information about these and other upcoming performances you can visit thebonaventurequartet.com.