From its headwaters near the Georgia Dome and the Atlanta University Center to where it empties into the Chattahoochee River near the Perimeter, all of Proctor Creek is inside the city of Atlanta. And city life can be hard on a creek: Big storms make it flood; sewers overflow into it; there’s illegal dumping; and when it rains, the water running off the roads carries trash and chemicals into the creek.

Proctor Creek is a center of attention on Atlanta’s changing Westside. The city is making a big push to clean it up. A pack of nonprofits and government agencies is involved. Developers are interested.

In places, Proctor Creek is an eyesore, but there’s still wildlife in it.

“It’s an urbanized stream. It’s nature with human influence,” said U.S. Fish and Wildlife Service biologist Tamara Johnson. She was standing in a tributary to Proctor Creek, a stream in Grove Park near the Bankhead MARTA station.

Georgia’s rivers and streams have different species of crayfish, and Johnson, with a team of biologists, is studying the ones that live here in Atlanta. She’s also training a group of college interns.

There are a couple reasons why biologists are looking for an animal that most people either don’t think much about, or only care about inasmuch as it’s good to eat, or good to use as bait to catch something else good to eat.

One reason, said Johnson, is to learn more about Proctor Creek itself.

“They’re not the best, but they are a good indication of how healthy a stream is,” she said. 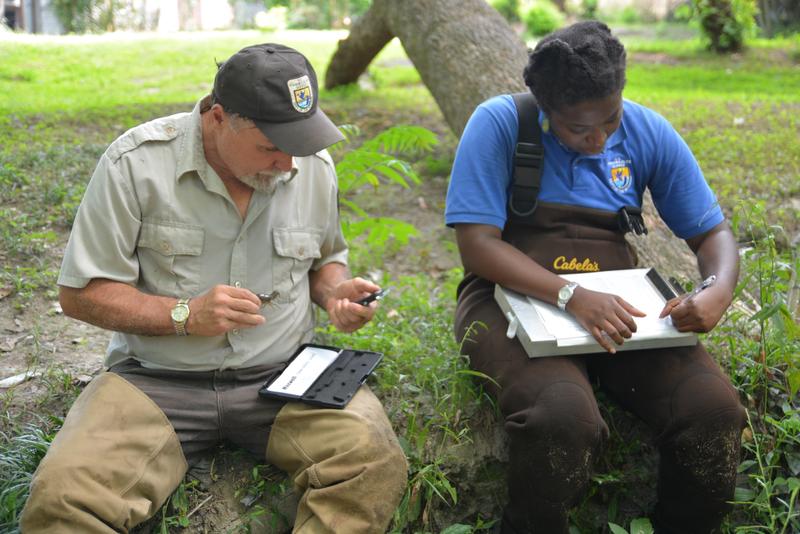 Plus, she said scientists don’t have a great handle on where the different species of crayfish live. That matters because some might be endangered. This group found one crayfish, the Chattahoochee crayfish, that’s protected by the state of Georgia in a stream not far from Proctor Creek.

“Crayfish are important because we don’t know much about them right now, but we’re going to learn,” she said.

Wildlife In The City

While the scientists are out here, they record the other wildlife they find living in the creek too, including frogs, fish and snakes.

“A lot of times in wildlife biology, you would see black tape over these areas as, like, it’s a lost cause, you’re not going to find any species,” Johnson said.

And for many years, Proctor Creek was neglected. 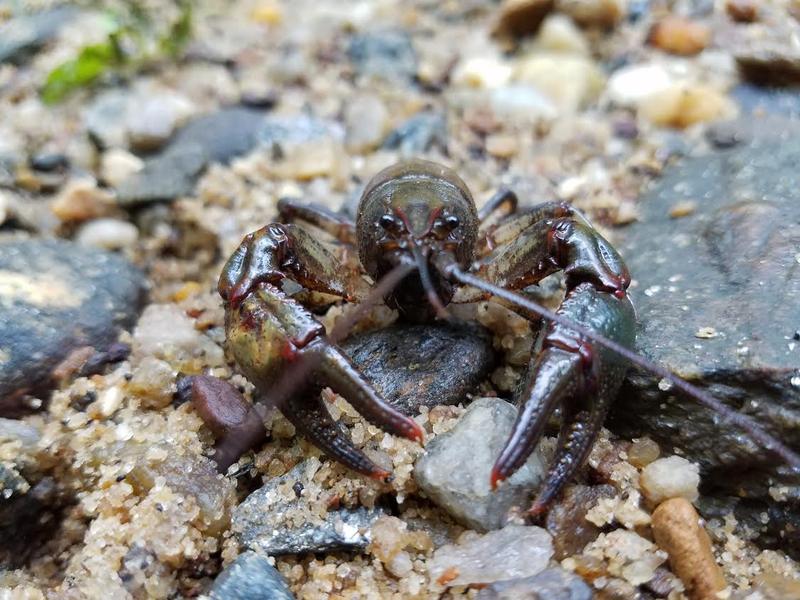 “Our project, we want to go to the places with black tape over it and see what actually is going on and how can we restore them,” she said.

Learning From The Creek

Another survey spot is surrounded by woods, but is still in the city of Atlanta. The creek flows over rocks and branches. It’s quiet, except for the cicadas and the birds.

“Where we are right now, we could be anywhere in Georgia. Anywhere,” said Atlanta Metropolitan State College professor Al Harmon. He was helping out on the research project, and said he’s excited to bring his own students here.

“Just to come out and see what’s right here in Atlanta and then start understanding how it’s applicable to what they’re interested in,” he said. 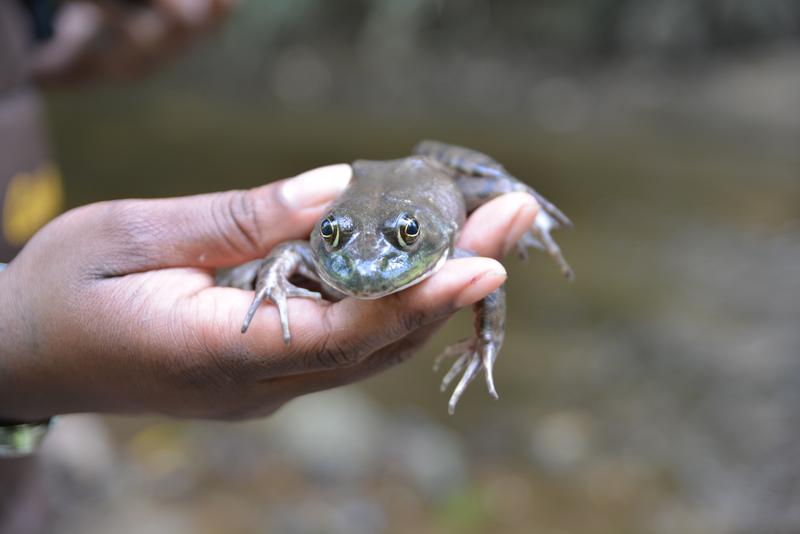 That element, exposing young people to careers in conservation, is important to Johnson too.

“I’m out here to show that as a young black woman in a field that’s often dominated by older white males, that we are capable, and you can find your own projects and get into it,” she said.

And she said this project is also connecting people who live around Proctor Creek to what’s in the creek.

“We’ve been out crayfishing, and I’ve had people walk by and let them touch the crayfish,” she said. “And they said, ‘I’ve lived by the stream my whole life, and we’ve never known what’s in the stream, let alone touch it.’”

This research will take a few years. Eventually, the scientists will know what lives in Proctor Creek and what could live in it, if it got cleaned up. That’s as the city moves ahead on its plans to address Proctor Creek’s pollution and flooding problems, and remake the neighborhoods around it.