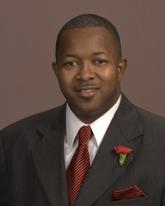 College Park’s City Council this week set aside $20,000 to buy back guns.

On Feb. 9, the council will pay people in exchange for their guns.

The city council will give $25 for inoperable guns; $100 for handguns, shotguns, or rifles; and $150 for assault weapons.

No identification will be required.

City councilman Joe Carn says the goal of College Park’s first-ever gun buyback program is to get guns off the streets:

“It’s an amnesty day for guns, and this is a community event. Even though it’s a bit unorthodox, this is a life-safety issue for the community.”

Carn says the City Council had been planning to do an event of this kind since before the Newtown school shooting in December, but that incident caused them to increase funds for the program.

“We think it’s an investment in the community,” he says. ”Every gun that we pay for and get off the street will be one less gun, one less assault, one less potential suicide.”

The Georgia Bureau of Investigation will destroy the guns after they’ve been inspected.

Any stolen guns will be returned to their licensed owners.