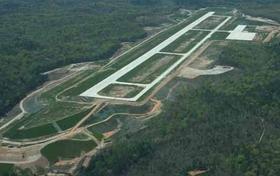 County commissioners are pulling back their support for plans to build a new airport for metro Atlanta.

The 3-2 vote includes a request to withdraw an application to the Federal Aviation Administration for the commercialization plan. Voting in favor of the resolution were two new commissioners who ran on platforms opposing commercializing and a third incumbent who opposes it.

The Journal-Constitution reports it’s unclear what the vote will mean for the airport commercialization application. The FAA had no comment on the vote.

The county is a co-sponsor of the airport, along with the Paulding County Airport Authority.