A system used by 27 states, including Georgia, to check voter registrations has flagged thousands of ‘double voters’.  That is, voters who’ve registered in more than one state. But some critics say the system is unreliable.

The intent of the Crosscheck system is to safeguard against voter fraud. But advocacy groups say there are problems. 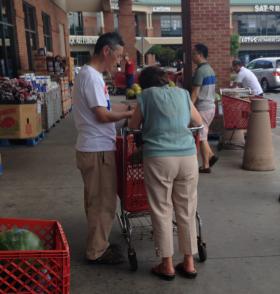 The system is supposed to match first, last, and middle names, social security numbers, and birth dates. But critics say it just compares first and last names, resulting in a huge number of apparent double voters.  That means minorities are flagged at a disproportionate rate, according to voting rights advocates.

“My father and his seven brothers all share the first name Yun and the last name Kim,” says Helen Kim Ho, executive director of Asian Americans Advancing Justice. “What differentiates them is that their middle name is different. That isn’t an uncommon thing.”

Ho, who is Korean-American, is the executive director of Asian Americans Advancing Justice. She’s concerned about how the state uses the data.

The state says it doesn’t use the data at all. Georgia Secretary of State Brian Kemp wasn’t available for an interview. But his office told WABE Georgia participates in Crosscheck only to be transparent and share information with other states. He says the office doesn’t and will never use Crosscheck data to remove voters from the rolls.