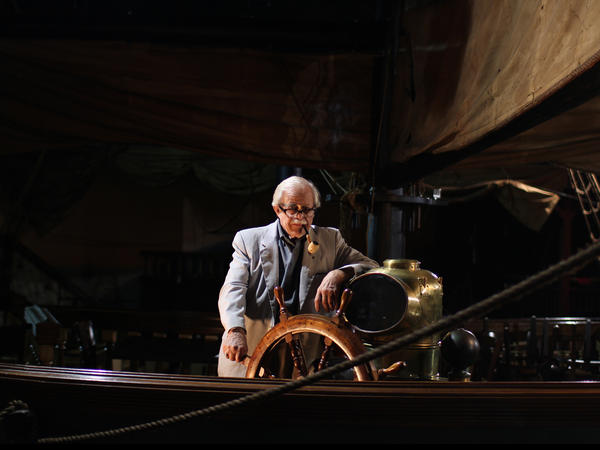 For 43 years, in the landlocked city of Atlanta, there used to be a pirate ship.

On July 30, 2013, the pirate ship set sail, so to speak, and no longer welcomed its customers to sit on its many levels, eat fondue and hear jazz six nights a week.

Dante’s Down The Hatch, a favorite restaurant for prom, anniversaries, birthdays and long evenings, closed its doors due to a variety of tax, property and other reasons.

In 2013, Jef Bredemeier was not a filmmaker. He was a fine arts painter and also a waiter (or “tron” as they were called onboard the ship) at Dante’s.

When Dante announced the restaurant would close, Bredemeier took it upon himself to document the last seven months of the restaurant’s life – balancing filmmaking and waiting tables.

As a visual artist, Bredemeier approached his debut film, “Dante’s Down the Hatch,” as he would approach a painting: “I focused on the feeling. What feeling do I want to get across? And then everything goes through that.”

For Bredemeier, making this film, was therapeutic. After 13 years of employment there, it was his version of a long goodbye. The film is mostly about his and his fellow employee’s experiences working there.

“I wanted to capture a lot more of the employees and what this place meant to them. Just because as a restaurant, it’s so different … Dante’s burnt down in 2001 and out of 56 employees, 51 came back,” Bredemeier said.

Dante’s Down The Hatch was filled with trinkets, objects from around the world and even rooms.

“There’s an old barber shop from the 30s downstairs,” Bredemeier said. ”That was my favorite.”

In 2013, parts of the restaurant were auctioned off to customers. The bar, the trinkets and parts of entire rooms now reside in new homes.

As a former Atlanta institution and a one-of-a-kind dining experience with fondue, crocodiles and pirate ships, Dante’s attracted Atlanta Film Festival audiences who bought up all the tickets for the Sunday showing in five days. An encore showing was added, and now that, too, has sold out.

At the screenings, while an absence of crocodiles and fondue, the famed proprietor Dante will be up on stage once again.

24 FPS (Frames Per Second)” is a weekly segment on “City Lights with Lois Reitzes,” where we hear from local, independent filmmakers.