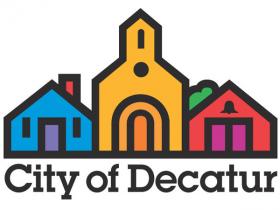 The City of Decatur has mapped out its latest annexation plans, but the cityhood movement in DeKalb County could mean this is Decatur’s last shot at growing its borders.Broadcast Version

“A city can’t annex from another city,” says Decatur City Manager Peggy Merriss, stating a simple fact that makes trying to grow Decatur more complicated than it used to be.

Decatur’s annexation map is slated for a city commission vote in November. If approved, the city will have to convince DeKalb’s legislative delegation to take the plan to the General Assembly next year.

The new map includes the Decatur has tried to annex before including the Emory Commons area at North Decatur and Clairmont Roads. The City failed to legislative support for that in the past, but Merriss says potential new cities at Decatur’s borders may change things. The map includes very little residential property near Emory Commons. It also proposes annexation down the commercial corridor Scott Boulevard as far as DeKalb Industrial Way — but not the 1,300 homes Medlock Park bordering the commercial area.

“If they’re shopping in that shopping center, then and that shopping center is going into a city, then they should go into that city,” says Allen Venet. He heads the City of Briarcliff Initiative, which is now working with the Lakeside group to draw borders for a new city that will likely touch Decatur.

“We hope to be able to draw our map in a way that complements them as best as we can,” Venet told WABE. “That may not be exactly agreeing with them. We may think that, if they take certain areas, they should go beyond and take some more people, but we’re still working on that.”

Briarcliff and Lakeside, as well as the proposed City of Tucker, have a legislative deadline of November 15 to decide on their proposed borders. Merriss says she hopes the City of Decatur will have its annexation map finalized by the same week.