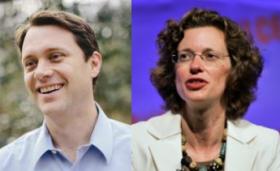 Voters from both parties showed up in fewer numbers for Tuesday’s primary election, and some say that’s far more significant for Democrats than Republicans.

“It’s been years since we’ve seen this kind of excitement and energy,” said Georgia Senate Minority Leader Steve Henson in November. “We’ve got such good candidates that are announcing for office and we’ve got so many important issues to talk about. This excitement level is just off the scale.”

But about 75,000 fewer Democrats voted Tuesday than in the 2010 primary, the last nonpresidential election year and one that turned out historically bad for the party.

Republicans had a similar drop-off this year, but it didn’t stop Brian Robinson, spokesman for Gov. Nathan Deal, from boasting on Twitter that even with opposition, the governor received more votes than the total number of Democrats that showed up to the polls.

Kennesaw State University political science professor Kerwin Swint said a number of factors were at play, including an earlier primary than past years. Still, Swint says the writing appears to be on the wall – he says any anticipated demographic shift favoring Democrats is still several years away.

“Obama’s not on the ballot. It’s not a presidential year. Turnout is deflated. And so Democrats – even those with famous names like Carter and Nunn – are swimming upstream,” said Swint.

“Our polling continues to show a statistical tie in the governor’s race and polls on our side and their side where Michelle beats their candidates so, no, we don’t think that’s the case,” said Porter.

University of Georgia political science professor Charles Bullock expects turnout on both sides to improve. He says Nunn and Carter were viewed in the primary as shoe-ins and expects far more voter interest in November.

“It takes a contest,” said Bullock. “There has to be some suspense. Now that’s what gets people really excited so for the top of the ticket – for the Senate, for the governorship – I think there will be some suspense.”

While the governor’s race is all set, Republicans are still battling over who will face Nunn. A runoff is scheduled for July 22.