A vaccine for the Human Papillomavirus was introduced in 2006.  Since 2006, the virus’ prevalence has decreased by 56 percent among girls between the ages of 14 and 19.

That’s according to a study from the Atlanta-based Centers for Disease Control and Prevention. A local researcher says the study shows more need to get vaccinated, including boys. 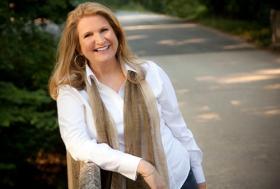 “The fact that lots of people can be saved from that kind of pain and suffering and kids can grow up healthy…that’s what this is about.”

But she says currently only seven to eight percent of boys for whom the vaccine is recommended are getting vaccinated.

“It’s very, very low compared to girls, which is running nationally between 50 and 60 percent, at least for one dose of vaccine.”

However, Thomas says it’s important for boys to get vaccinated too.

To prevent against those health problems, Thomas recommends children who are as young as 11 and 12 years old get the three recommended doses of the vaccine.

That recommendation has been controversial because some parents claim it can lead to promiscuity. But Thomas says several studies have refuted those claims and that’s not the reason for the recommendation.

“Giving the vaccine to girls and boys at age 11 and 12 is about getting the best response to their immune system, not about thinking they’re going to be running around and be sexually promiscuous.”

The vaccine is also recommended for boys and girls between the ages of 13 through 26.